The International Humanitarian Consultant, Mother, and Volunteer, Deborah Morrish, is a Toronto native and former educator. For most of her life, she has devoted herself to advocating for refugees and subjugated populations. Her passion for human rights has earned her many awards. This profile explores her background, her work, and her personal experiences. We hope you will join us on this journey! You can learn more about her below. 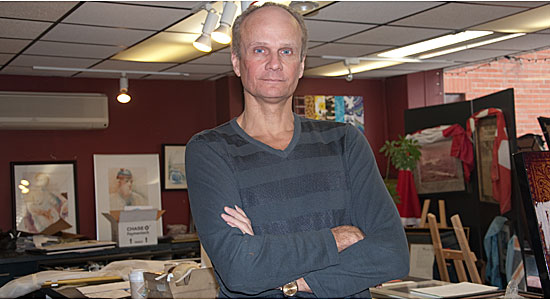 A lifelong learner, Deborah has earned several degrees, including two Masters. She has completed the Management for Executives program from the Canadian School of Public Service and a Diploma in French from La Sorbonne. She is certified in Alternative Dispute Resolution Parts I and II. She believes that education is the best way to make the world a better place, and she believes that education and consistent effort are the keys to making a difference.

As an advocate for those in crisis, Deborah Morrish has dedicated most of her career to helping those in need. She is a highly regarded adjudicator and humanitarian consultant, who holds two Masters degrees. She is also a lifelong learner and has multiple university degrees. She has an Executive certificate from the Canadian School of Public Service, a Diploma in French from La Sorbonne, and is certified in Alternative Dispute Resolution Parts I and II in Toronto.

In addition to her Masters degree, Deborah Morrish has a number of diplomas. She earned a certificate in Management for Executives from the Canada School of Public Service and a Diploma in French from La Sorbonne. She has also completed the Canadian Center for Victims of Torture’s Alternative Dispute Resolution Certification Parts I and II. The Canadian Centre for Refugees is proud to have her on its Board of Directors.

A lifelong learner, Deborah Morrish has spent most of her adult life advocating for those facing a crisis. She is a respected adjudicator and humanitarian consultant who advocates for refugees. Her qualifications and experience include a Bachelor of Arts from Queen’s University and a Masters of Science from Harvard University. She also holds a Certificate of Professional Development from the Canada School of Public Service. She has a Masters of Education and is a Distinguished Fellow at the Centre for Dispute Resolution.

A graduate of law and education, Deborah Morrish has extensive experience in the field of public policy, law, and social welfare. Her career as a lawyer and human rights activist includes advocacy and training for the disabled and other vulnerable populations. While her passions for helping people in need, Deborah has been a tireless advocate for these causes for over 35 years. She has served as an Assistant Deputy Chair of the Immigration and Refugee Board in Ontario, a Vice-Chair of the Ontario Social Assistance Review Board, and has served as a consultant for the United Nations High Commissioner for Refugees in South Africa.

An internationally recognized adjudicator, Deborah Morrish is a mother, a career advocate, and a humanitarian consultant. She has a strong passion for education and has a number of degrees. She has a Master’s degree in Management from the Canada School of Public Service, a Diploma in French from the Sorbonne, and is certified in Alternative Dispute Resolution Parts I and II in Toronto. She also holds a Diploma of French and a Diploma in International Humanitarian Law from Columbia.

As an adjudicator, Deborah Morrish has earned numerous degrees and certifications. She holds two Masters of Law, an Executive Certificate in Public Administration from the Canada School of Public Service, and a Diploma in French from the Sorbonne. In addition to these, she has been a humanitarian consultant in the field of international law for over 35 years. Further, she has been a member of the United Nations High Commissioner for Refugees, and is a consultant to refugees, asylum seekers, and other international organizations.

With a wealth of experience, Deborah Morrish has worked as a humanitarian consultant, adjudicator, and executive. In addition to her work as an advocate, Deborah is also a mother and proud supporter of lifelong learning. She has a Master of Arts in International Humanitarian Law, a certificate in management from the Canada School of Public Service, and a Diploma in French from La Sorbonne. She also holds an Alternative Dispute Resolution Certification Parts I & II, and is a Certified Mediator.